How do I file a student complaint?

After bringing the concern to the employee’s attention, the student and the employee should make a good faith effort to resolve the concern on a one-to-one basis. Resolving informal concerns as quickly as possible is suggested.

If after attempting to informally resolve the concern, the student feels the attempt was unsuccessful, the student may proceed with a formal written complaint. Students have until 10 calendar days into the following quarter to move an informal concern to a formal complaint.

If the student is dissatisfied with the outcome of the informal process or did not engage in the informal process, the student must initiate the formal complaint process no later than 10 calendar days into the subsequent quarter, including summer quarter. Without a written complaint, the College will assume the issue is resolved. The student must complete the Formal Student Complaint Form outlining the complaint and providing supporting documentation. The student will submit the complaint with supporting documentation to the ombudsperson, the Executive Assistant for Instruction. Formal Student Complaint Forms and documentation may be submitted via email at instructionFREECOLUMBIA_BASIN or hand delivered to the Office of Instruction, located in the A Building. The Executive Assistant for Instruction is also available, as an ombudsperson, to answer questions about the process.

The student and the employee will receive a written decision from the appropriate supervising administrator within 15 calendar days after receiving the written complaint.

The response of the supervising administrator, including any action taken, may be appealed by either the student or the employee to the appropriate Vice President within 10 calendar days of receiving the decision. The written appeal using the Formal Student Complaint Form and supporting documentation will be submitted to the ombudsperson at instructionFREECOLUMBIA_BASIN and then forwarded to the appropriate Vice President or designee if absent or unavailable.

The Vice President’s decision will be made no later than 15 calendar days from receiving the written appeal.

Student submission of falsified information or misrepresentation of fact violates the CBC Student Code of Conduct (WAC 132S-100-230) and may be cause for disciplinary action.

Note: Though student complaints are processed via the steps noted above, due process afforded in any applicable collective bargaining agreement, civil service provision or other College policy will apply including the disciplinary process should that be determined appropriate after the complaint is closed and the student is no longer involved.

The Higher Education Act (HEA) prohibits an institution of higher education from engaging in a “substantial misrepresentation of the nature of its educational program, its financial charges, or the employability of its graduates.” 20 U.S.C. §1094(c)(3)(A). Further, each State must have “a process to review and appropriately act on complaints concerning the institution including enforcing applicable State laws.” 34 C.F.R. § 600.9. The Washington State Board for Community and Technical Colleges (SBCTC) maintains a process to investigate complaints of this nature brought by community and technical college students in the State of Washington. For more information, contact the SBCTC Student Services Office at 360-704-4315.

Columbia Basin College complies with the Americans with Disabilities Act of 1990 (ADA), as amended, Rehabilitation Act of 1973 (Section 504), as amended. Faculty, staff, students, applicants, and visitors with disabilities are provided the means to seek recourse in the event a violation is perceived to have occurred. Students are encouraged to resolve concerns by first contacting Disability Support Services at 509-542-4412 (VOICE) or 800-833-6384 (TDD) for deaf and hard of hearing, to discuss their issues. CBC also has a formal procedure for students to file a claim under the Non-Discrimination & Harassment Policy and Procedure However, an external complaint of discrimination may be filed with the U.S. Department of Education (Office of Civil Rights) at 800-421-3481 (VOICE) or 877-521-2172 (TDD), or the Washington State Human Rights Commission at 800-233-3247 (VOICE) or 800-300-7525 (TDD).

All members of the campus community are entitled to learn, study and work in an atmosphere free from illegal discrimination. The College’s equal opportunity policies prohibit discrimination against students, employees, applicants, or visitors on the basis of their disability as well as race, creed color, sex, religion, national origin, age, veteran or marital status, sexual orientation, gender identity, gender expression, or any other protected group status. Under the Non-Discrimination & Harassment Policy and Procedure and Title IX Grievance Policy intent to discriminate is irrelevant, the focus is instead on whether students, employees, or applicants have been treated differently or subjected to an intimidating, hostile, or offensive environment as a result of protected class status. For these types of complaints, you may file a complaint and please contact the College’s Title IX/EEO Coordinator at 509-542-5548. 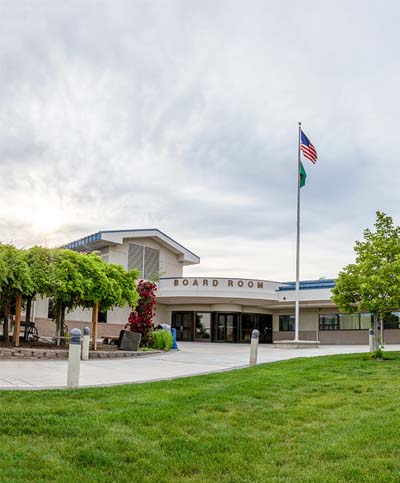