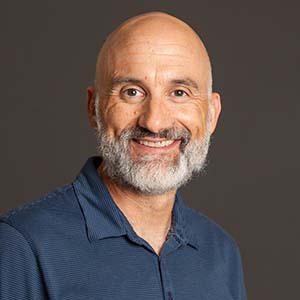 The Fishermen’s Frontier: People and Salmon in Southeast Alaska, with a foreword by William Cronon. (Seattle: University of Washington Press, 2008; Paperback 2011).  Nominated for the Weyerhaeuser Book Award, the Hal K. Rothman Book Award, and the George Perkins Marsh Award.

“Kill the Professor and Save the Teacher: Historians and the Scholarship of Teaching and Learning, Part I” in The American Historian, Number 10 (November 2016), 10-15.

“Kill the Professor and Save the Teacher: Historians and the Scholarship of Teaching and Learning, Part II” in The American Historian, Number 11 (February 2017), 28-34.

“How I Learned to Quit Whining and Started to Enjoy Teaching at a Community College” in Perspectives: Newsmagazine of the American Historical Association, vol. 43, no. 8 (November 2005), 25-27. <https://www.historians.org/publications-and-directories/perspectives-on-history/november-2005/how-i-learned-to-quit-whining-and-started-to-enjoy-teaching-at-a-community-college>

“The politics of fear: Response to ‘Was the relocation of West Coast Japanese racist?’” in Tri-City Herald,  31 January 2017, <http://www.tri-cityherald.com/opinion/opn-columns-blogs/article129857864.html>

“Professor outlines the facts behind the Arlene’s Flowers case,” in the Tri-City Herald, 14 November 2015, <http://www.tri-cityherald.com/opinion/opn-columns-blogs/article44851806.html>

Book review of Across the Shaman's River: John Muir, the Tlingit Stronghold, and the Opening of the North, by Daniel Lee Henry in Pacific Northwest Quarterly (forthcoming).

Book review of The Graduate School Mess: What Caused It and How We Can Fix It, by Leonard Cassuto, in Teaching History: A Journal of Methods, Volume XLI, Number 1 (Spring 2016): 53-55.

Book review of Native American Whalemen and the World: Indigenous Encounters and the Contingency of Race, by Nancy Shoemaker, in Western Historical Quarterly, (2016), doi: 10.1093/whq/whw120.

Book review of Sharing Our Knowledge: The Tlingit and Their Coastal Neighbors, edited by Sergei Kan, in American Indian Culture and Research Journal, Vol. 39, No. 4 (2015): 171-173.

Book review of A Dangerous Idea: The Alaska Native Brotherhood and the Struggle for Indigenous Rights, by Peter Metcalfe, in Western Historical Quarterly,Vol. 46(4) (2015): 516-517.

Book Review of Aleut Identities: Tradition and Modernity in an Indigenous Fishery, by Katherine Reedy-Maschner, in American Indian Culture and Research Journal, vol. 36, no. 2 ( 2012): 161-163.

Book Review of Alaska’s Place in the West: From the Last Frontier to the Last Great Wilderness, by Roxanne Willis, published on H-Environment (May 2011).

Book Review of When the River Ran Wild! Indian Traditions on the Mid-Columbia and the Warm Springs Reservation, by George W. Aquilar, Sr., in Pacific Historical Review (Winter 2007): 106-107.

Book Review of The Coming of the Spirit of Pestilence: Introduced Infectious Diseases and Population Decline among Northwest Coast Indians, 1774-1874, by Robert Boyd, published by H-SHEAR (Society for the History of the Early American Republic) on the H-NET, September, 2000.

Book Review of Saving the Salmon: A History of the U.S. Army Corps of Engineers’ Efforts to Protect Anadromous Fish on the Columbia and Snake Rivers, by Lisa Mighetto and Wesley J. Ebel, in Pacific Historical Review, vol. 66 (February 1997): 123-124.