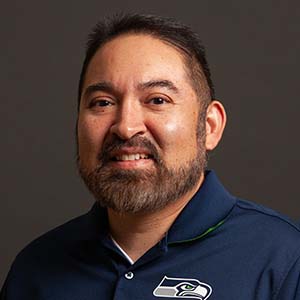 I am an experienced professor of Spanish and Intercultural Studies, dedicated to my students and to community outreach. I love sharing my passion for languages, music, culture and travel with students every day. As a native of Pasco and a CBC alumnus, I identify strongly with both the students I teach and the community at large. My community service and travel experiences throughout various countries enrich my instruction and commitment to diversity. I have taught twenty different courses at CBC, and I continue to serve on various committees and collaborative projects. I look forward to many more years of service. Go Hawks!

Tri-Cities Hispanic Chamber of Commerce Outstanding Educator of the Year, 2020

Student Conduct Board and Student Appeals Board Member, 2018 to present

National Endowment for the Humanities Institute Fellow in a program entitled, Mesoamerica and the Southwest: A New History for a New Land, traveling throughout Mexico and the U.S. Southwest, 2004

Program Director for the Bilingual Reading Outreach Program, a $40,000 community service project that provided tutoring for elementary and middle school students in the Pasco School District by Columbia Basin College bilingual students, 1999 to 2001

StoryCorps Alumnus for recorded interviews archived at the American Folklife Center at the Library of Congress in Washington, D.C., 2011

Presenter for a Caminos Hacia Aztlán (Road to Aztlán) lecture series in Argentina on the Mexican-American Experience, 2009

Project Faculty Member for the Race and Ethnicity in the Mid-Columbian Basin, National Endowment for the Humanities Grant Program, 2004 to 2006

National Endowment for the Humanities Institute Fellow in a program entitled, Mesoamerica and the Southwest: A New History for a New Land, traveling throughout Mexico and the U.S. Southwest, 2004