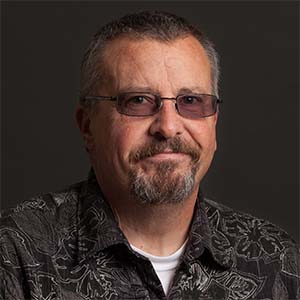 I am an associate professor and department chair for the criminal justice program at Columbia Basin College.

I started my career off as a police officer with the City of Kennewick in the early 80’s and spent a little over 25 years in the law enforcement field. During my time with Kennewick, I fulfilled many goals. Below are some highlights:

I retired as a Captain with Kennewick Police Department and was hired by a private security firm out of Los Angeles. I traveled all over the nation as a district manager.

I then applied for an adjunct position with Walla Walla Community College and taught classes at the Coyote Ridge Correctional for about 2 years. I then tested and got the job here at CBC as the Criminal Justice lead. I just finished my fourth year here at CBC.

Some of my hobbies include fishing, gardening, theater and reading when I have time.