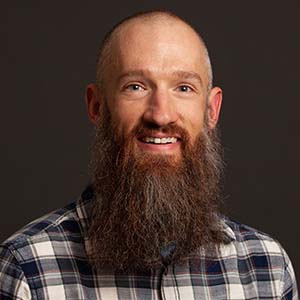 Welcome to chemistry at Columbia Basin College! I am excited to share my passion for chemistry with students of all backgrounds as they develop their knowledge of chemical principles and the enormous impact they have on our world. Whether you plan to major in the health sciences, engineering, or one of the fundamental sciences, you will find that chemistry is a central theme in your education and career. Through chemistry we can begin to understand the grand challenges we face on this planet (such as climate change, food/water scarcity, human health, and energy) and develop innovative solutions to these challenges.

My passion for education and chemistry grew from exceptional middle school math and high school chemistry teachers, and from that point I was dedicated to becoming a high school chemistry teacher. I earned my Bachelor of Science degree in Chemistry Education from the University of Wisconsin-Madison in 2008, but just before completing this degree I started working in a research lab on campus and realized that I wanted to pursue scientific research further. I continued at the University of Wisconsin to complete my Master of Science degree in Soil Science in 2010, where the research for my thesis focused on the synthesis, detection, and application of phosphate ion labeled with the 18O isotope. After completing this degree my wife and I moved to Colorado, where I taught high school chemistry (and played in the mountains).

While I loved my job (and playing in the mountains), my continued desire to pursue scientific research led me to return to school (again at the University of Wisconsin – go Badgers!) to earn my Doctor of Philosophy degree in Environmental Chemistry and Technology in 2016. The research for my thesis focused on studying the interactions between nanoparticles and cellular membranes in an attempt to understand potentially toxic effects of nanoparticles. My wife and I moved to the Tri-Cities in 2015, prior to completing this degree, so that I could conduct research at the Pacific Northwest National Laboratory (PNNL) using super-resolution fluorescence microscopes (they are as fancy as they sound). Following my Ph.D. I continued at PNNL as a postdoctoral research fellow, but knew that I ultimately wanted to become a professor at a community college to bring together my love of teaching and research. My career dream became a reality in 2017 when I joined the faculty at Columbia Basin College.

Surface coating structure and its interaction with cytochrome c in EG6 coated nanoparticles varies with surface curvature, Langmuir, in review

Lipopolysaccharide density and structure govern the extent and distance of nanoparticle interaction with actual and model bacterial outer membranes, Environmental Science and Technology, 2015

Synthesis and detection of oxygen-18 labeled phosphate, PLoS One, 2011